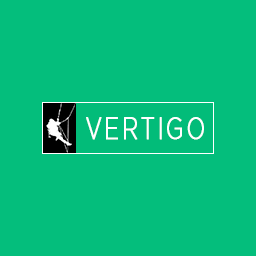 In the outback of South Australia there stood a tower 100 metres high at the mining compound at Prominent Hill. On this very tower were several devices that were due for removal and repair after a recent thunderstorm had rendered them inoperable. Vertigo Specialist High Access in Adelaide flew Harrison Webb, a IRATA level 3 supervisor and Wayne Dunning, a IRATA level 1 rope tech to Prominent Hill to get a handle on the situation.

Upon arriving to the site, it was already heating up to mid thirties with a general gusty breeze. After checking in, getting briefed and driving to the site, we saw the large antenna in question. Suspended with tension lines the whole way to the top, the tower appeared safe and rigid. An inspection on the guidelines was done by Harrison, and Wayne was eager to get started.

There was a constant breeze with frequent gusts that had the potential to make the job harder and more unsafe than what would have been ideal. Wayne climbed to the 15 meter mark and took a reading with the anemometer. The wind was strong and it was getting late in the day so we decided to try again tomorrow.

An early start got the guys up and ready to attempt the ascent once more. The wind readings looked positive so Wayne decided to make his first antenna climb. It was an enjoyable climb to the top with several stops to soak up the heights. It was at the top where Wayne’s phone came out and he took some pictures of the compound and surrounding areas.

The job was completed and Wayne began the descent. Having several pieces of removed equipment hanging off his harness the climb down was a great deal more difficult that the ascent. Descending at a steady pace it still took over 30 minutes to reach the ground. With the amount of gear removed from the tower it was estimated to be 40 kg’s of extra baggage.

All was well and the equipment had been successfully retrieved. Harrison and Wayne flew back to Adelaide that afternoon. We thank Oz Minerals for the opportunity at working with them.

Upon arriving to the site, it was already heating up to mid thirties with a general gusty breeze.